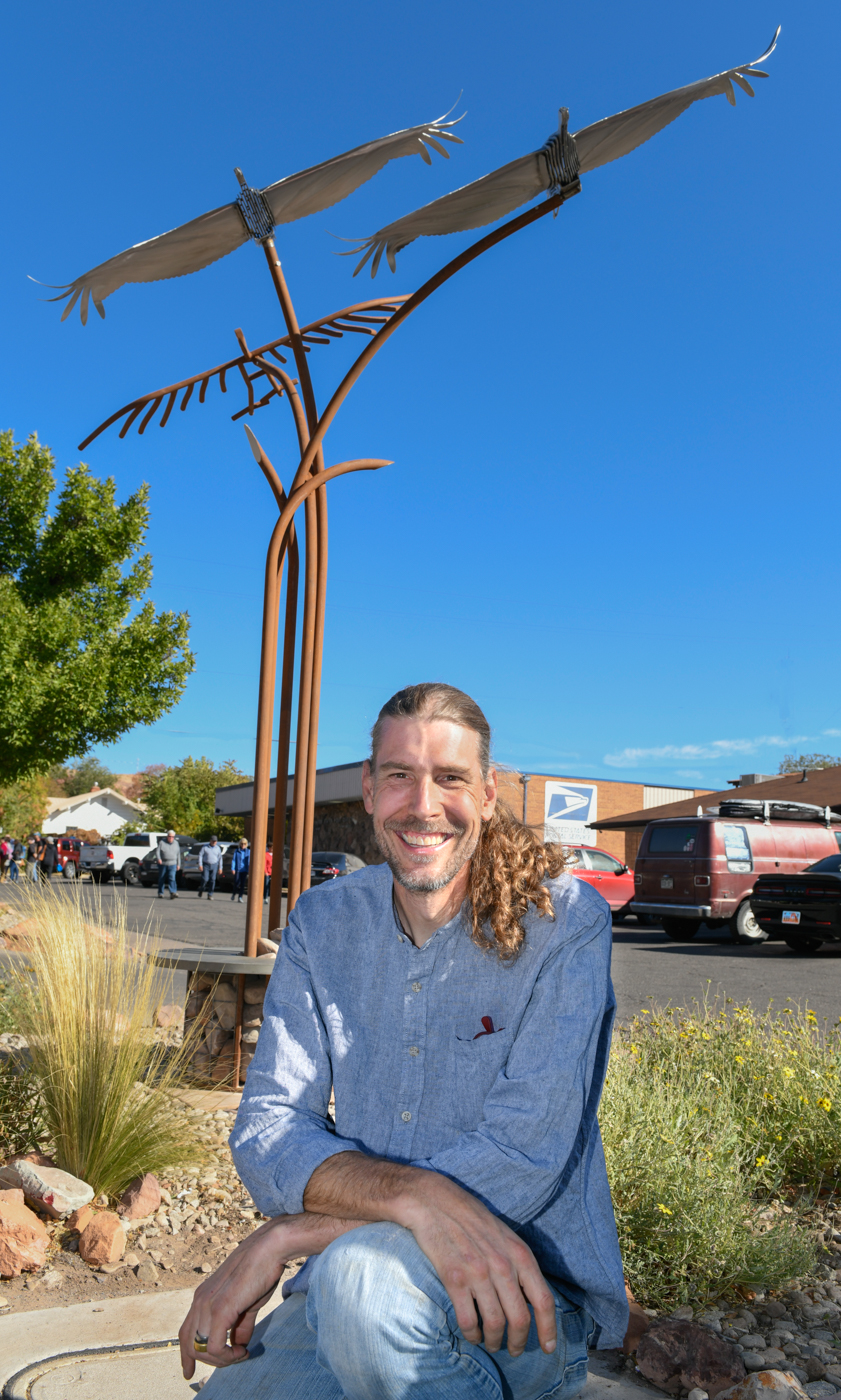 Many of my ideas are born out of a core, lifelong challenge of resisting fear.  Accepting fear rather than resisting it has created a deeply personal process of letting go,  allowing me to be more compassionate and understanding of myself and those around me.  The insights and freedom gained through this journey are reflected in much of my work.  Yet, it is this very process that consistently challenges and confronts me, requiring a return to self-reflection.  Ultimately … a truly authentic, deeper and more meaningful work of art is born.

If I can touch one person through my expression, igniting something within, then my hands have completed their work.  Creating meaningful sculpture is an opportunity for me to drop my pebble into the pond of humanity and release a ripple that may open someone else’s heart.

Forgotten From Where We Are Begotten 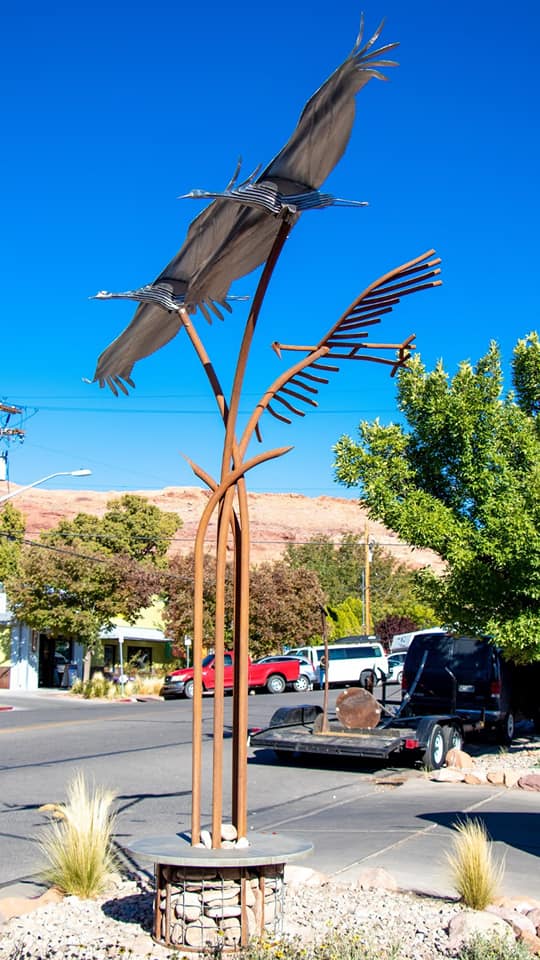 Forgotten from where we are Begotten explores much of our current culture's turning away from its ancestral roots. This has produced an advertising and sales machine that has created a materialistic society consuming at all costs, leaving ever more widening gaps between ourselves, other nations and cultures, and humanity's home, Mother Earth. The two figurative stainless steel Sandhill cranes represent this absentmindedness and laser focus on the future and the next shiny thing. The petroglyphic crane is a scale replica of a crane carved into the sandstone on Comb Ridge in Bluff, Utah by the Anasazi People millennia ago. She represents humanity's ancestors and its guidance by elders. Elders? Humans that understand they fundamentally come from the same ground that feeds them, and that they will be laid to rest in that same ground, and that they will then feed those that come after them. An idea that was largely cast aside by the dawn of the industrial age and an idea, no, a deep calling already within us that is accessible via courage, humility and an open heart. This ancestral calling is always available and attainable as represented by the petroglyphic crane out in front, the other two in clear sight of this reality though utterly oblivious to it. Forgotten from where we are Begotten.