Taking it to the Bridge

The Gift: a commitment to Public Art

Public art is a public good, a gift which communicates care that spans generations. In November of 2015,  Moab ArTTrails, in partnership with Moab Trails Alliance, gifted a series of 4 large scale artworks to Grand County for permanent placement on the Colorado River Pedestrian Bridge. This sizable commitment to public art led to  the first Moab ArTTrails Sculpture Exhibition, October 14th, 2017. State and local arts councils, municipal planners, engineers and civic leaders are enthusiastic partners in the establishment of the MARTT program, and you are invited to participate.

Forces at Play is a series of four sculptures by Castle Valley based artist and ArTTrails co-founder Michael Ford Dunton. Each piece stands around 9ft tall and is attached to a 5ft pedestal, mounted to the supporting columns of the bridge. Composed of cold-formed and welded steel suspending native river sandstone, the works are inspired by the ever moving and sometimes invisible forces that shape our spectacular landscape. The fluid steel lines explores form born from the dynamic interplay between elements such as Current, Gravity,Time and Balance. The bridge extends a welcoming exchange between Moab and the world, a gift unto itself, given by community members.

In that spirit, the artist gifted one of the pieces of the series, valued at $11K, to the County. The total cost to place this series on the bridge was $44k, which included installation and solar powered lighting. The remaining $33k needed to bring this dream to fruition was enthusiastically provided with the generous private support of community members and foundational donors such as My Good Fund, the Val A. Browning Foundation, Peter Lawson & Anne Wilson, and the George S.&Dolores Doré Eccles Foundation. 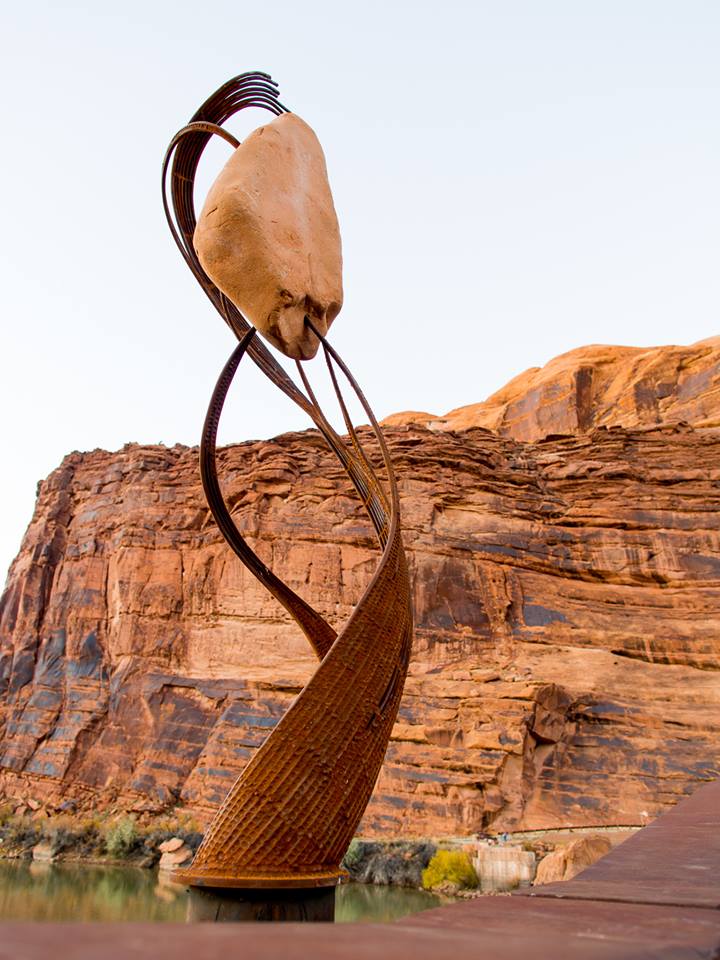 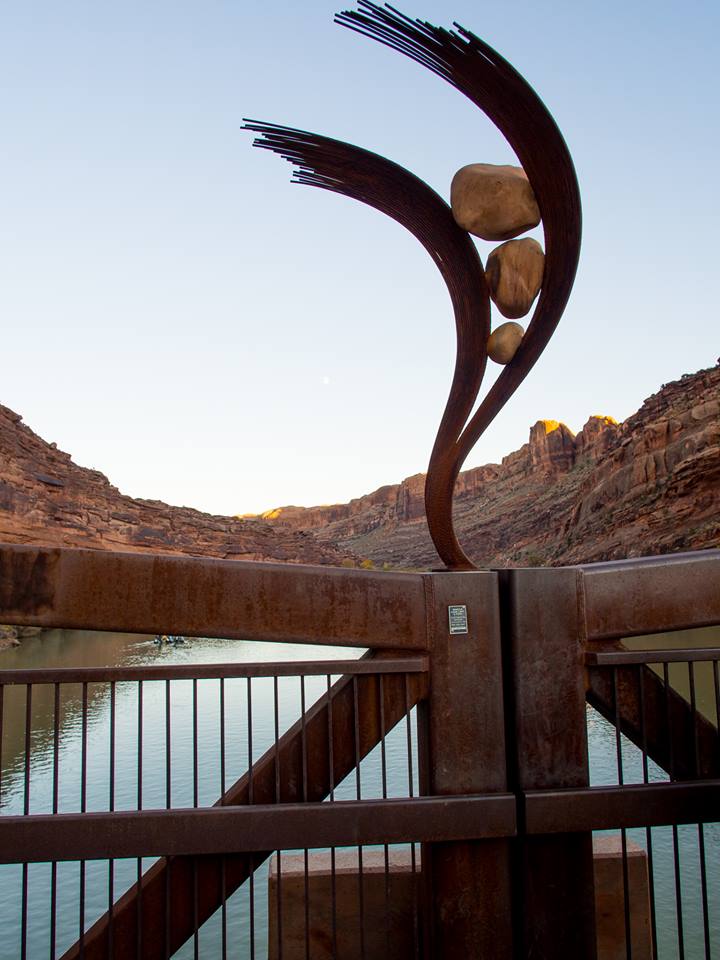 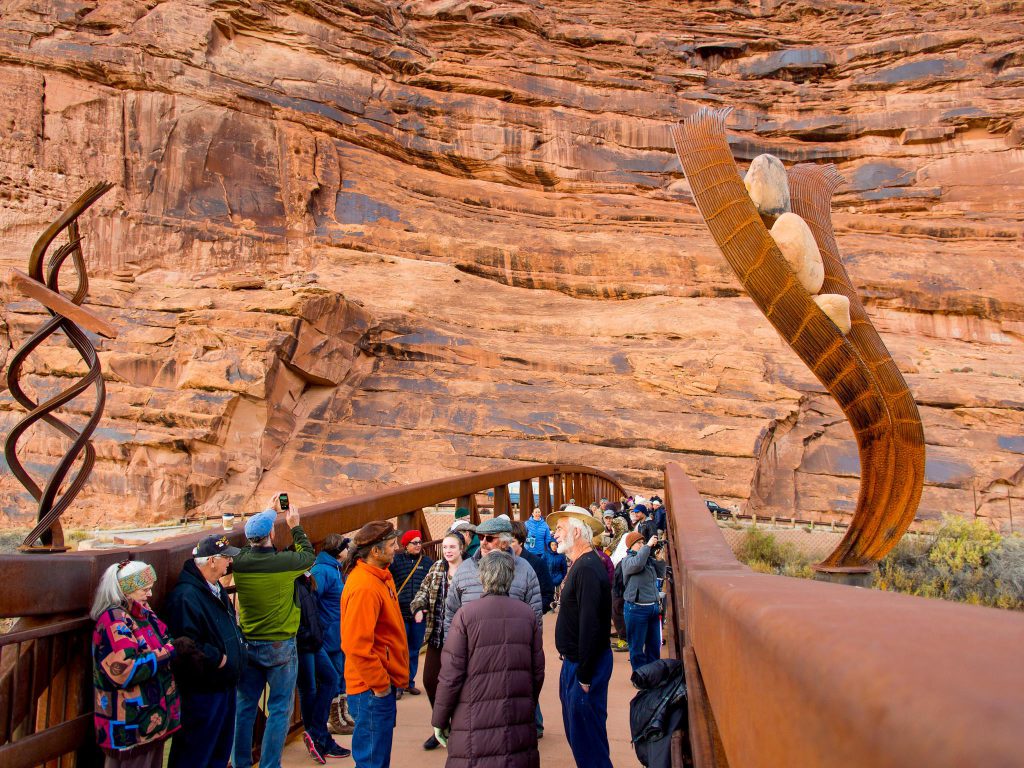 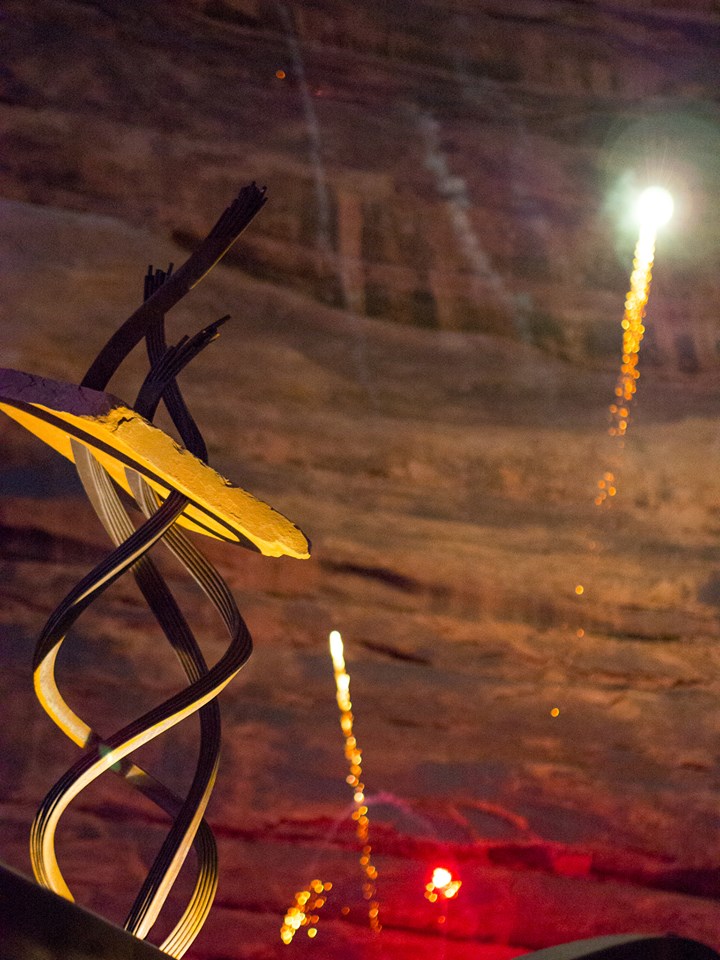 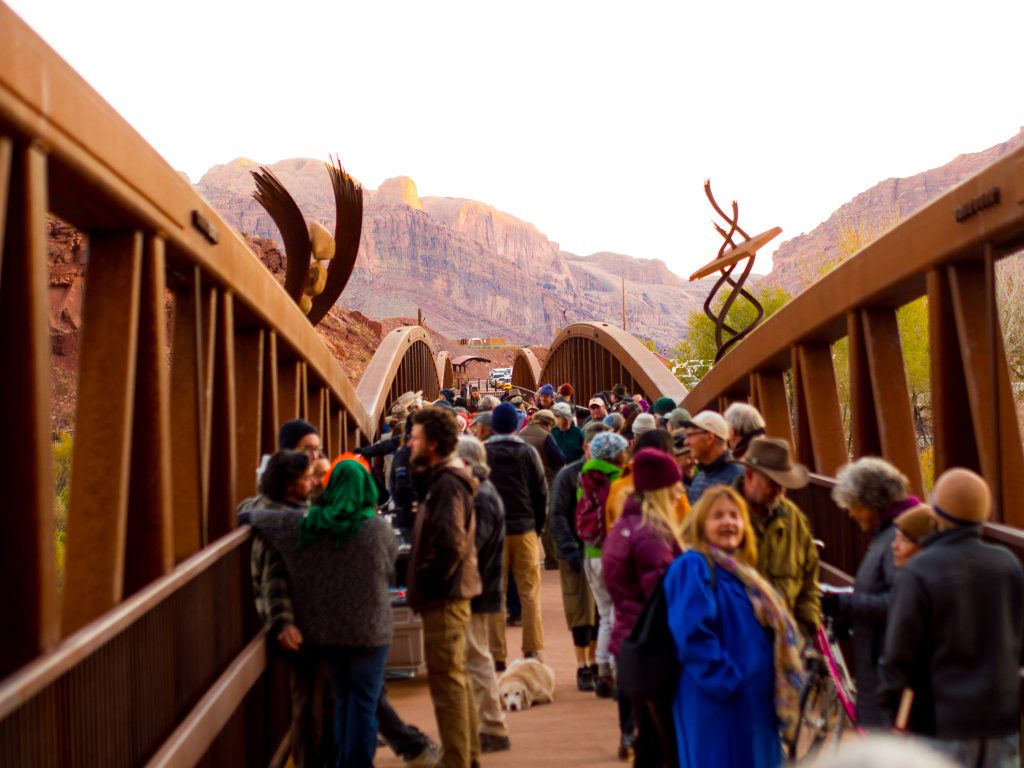 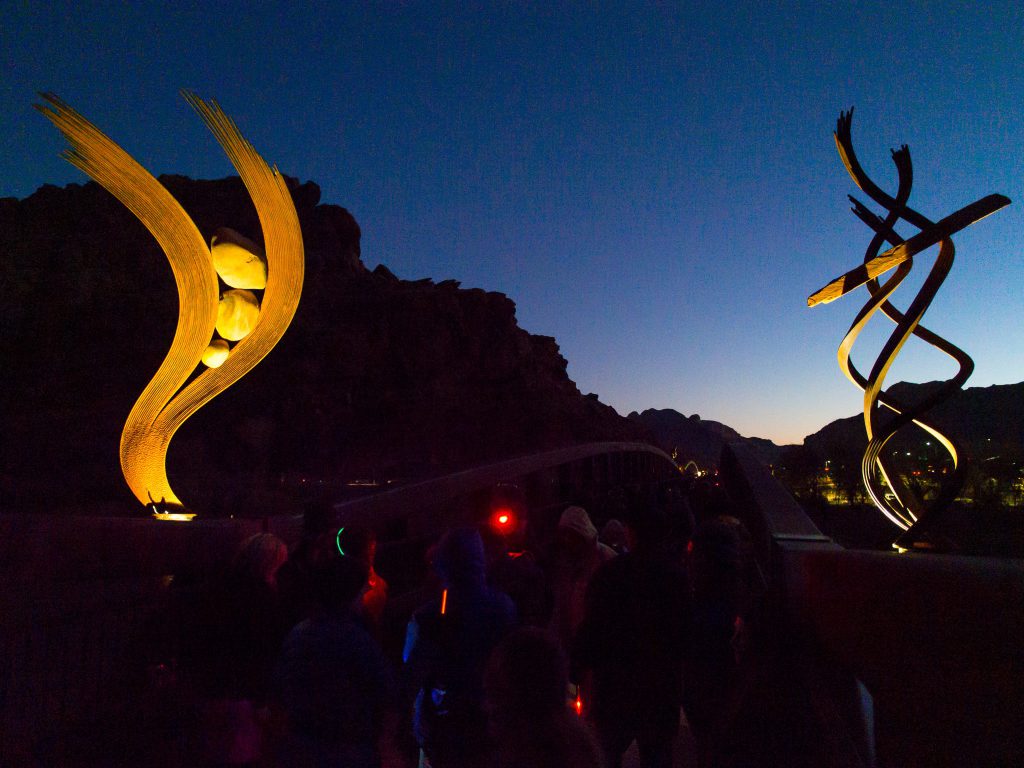 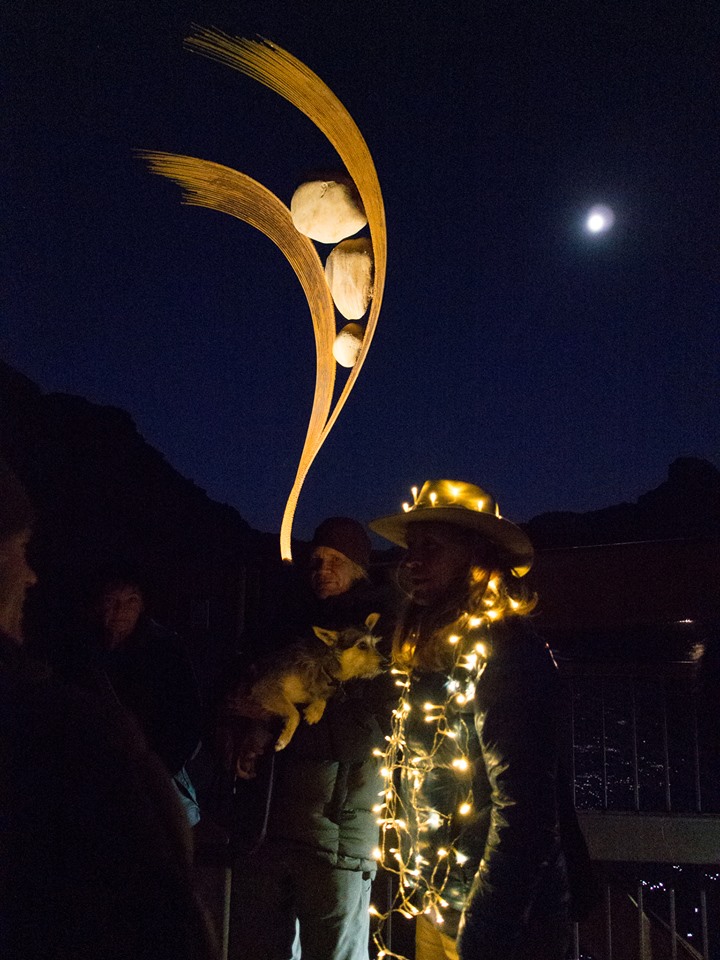 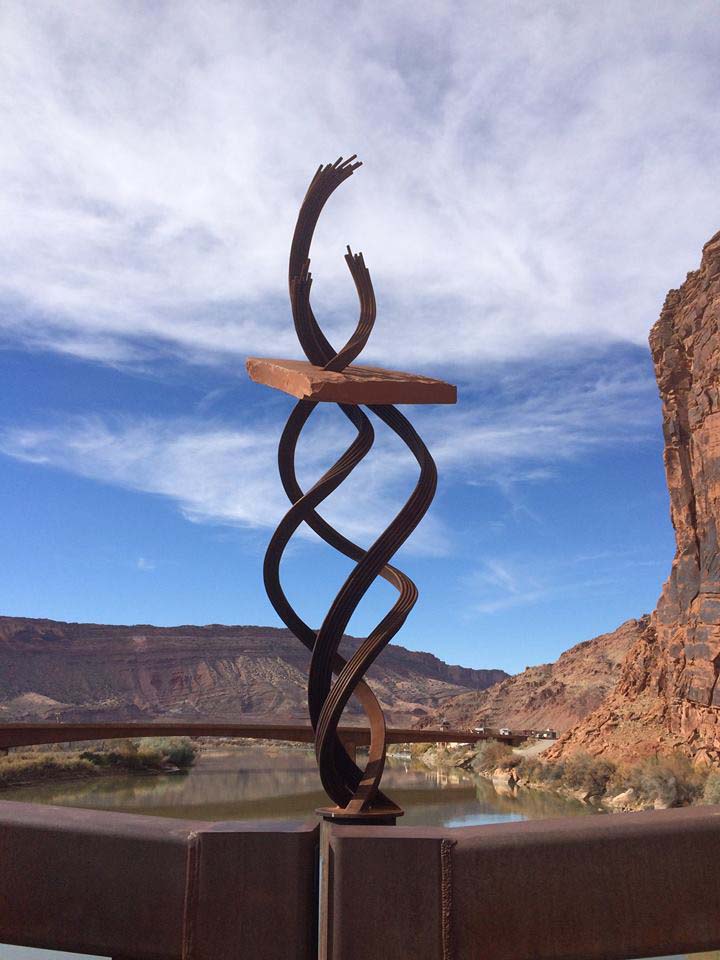 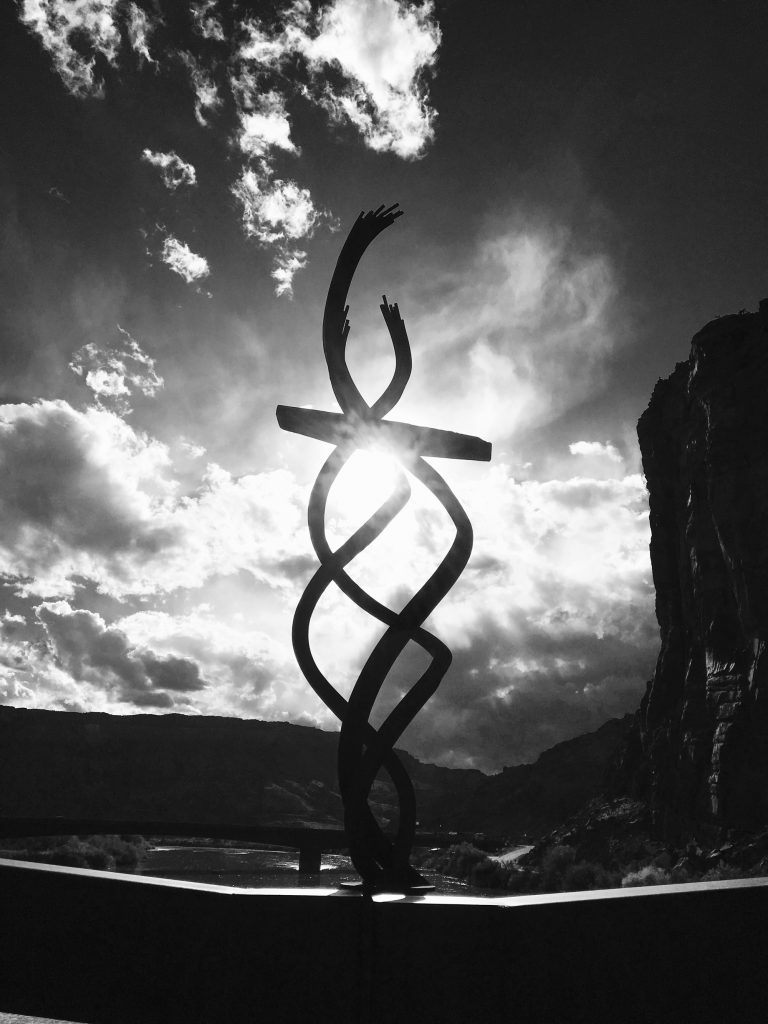 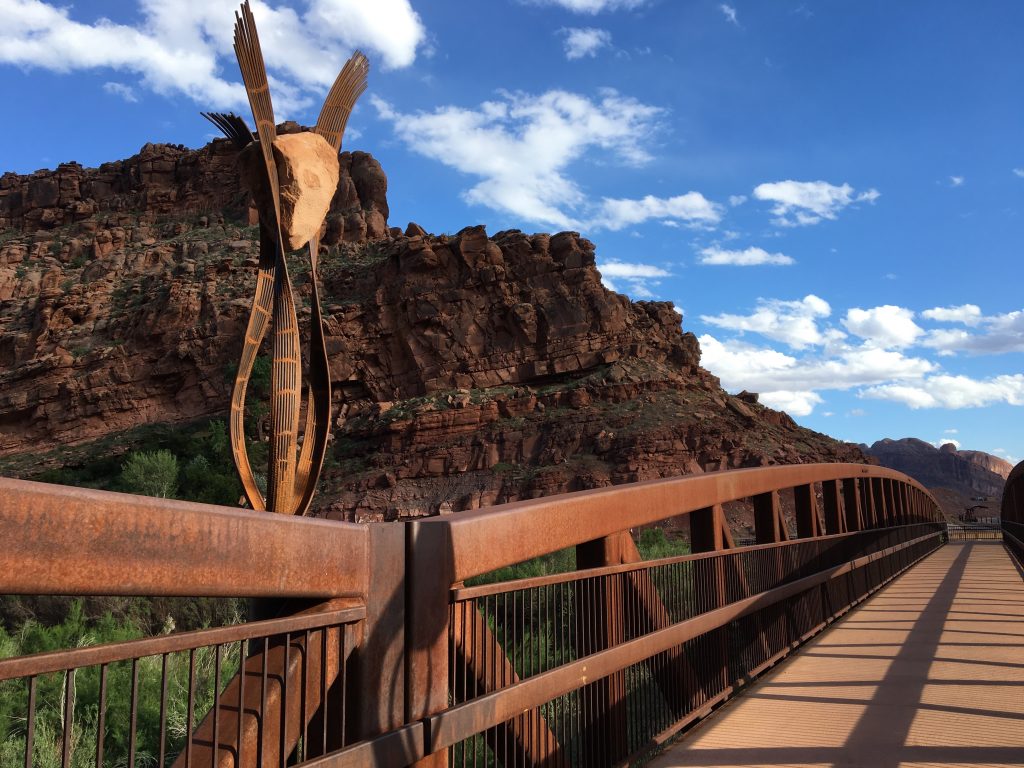